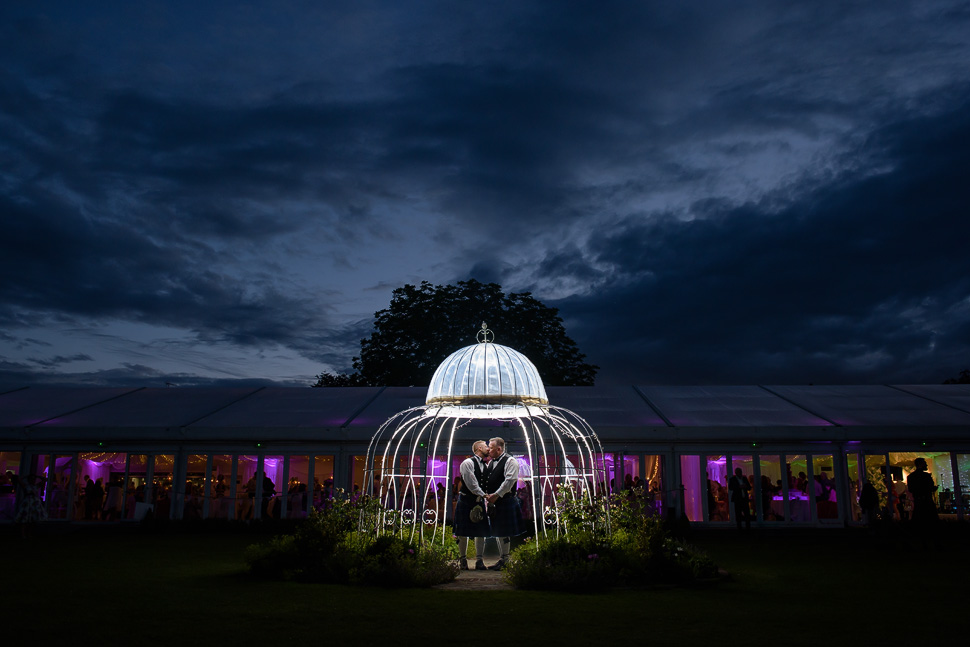 James and John’s wedding, where do I start?! Such an eventful and fun packed day. I arrived in the morning, lots going on with preparations, this day had been in the making for a long while and everything had to be right, so many details, I don’t think I have ever seen so many flowers! The team at Quendon hall were once again on top form, bringing John and James’s dream wedding to life. Guests were arriving early for pre drinks and the fun started from the word go! A surprise drag queen appearance from Strawberry Whip who stayed throughout the whole day mingling and entertaining. Whilst guests were gathering John and James were busy elsewhere getting ready and making a start on there wedding video with 3 Cheers Media, as something a little different they chose to have a Marryoke video to the song of ‘500 miles’ by the proclaimers, throughout the day clips were recorded of guests singing the song, at points everyone would sing it together such as after the ceremony! Everywhere you went you could here people singing it! Check out the link at the bottom!

Everything was coming together, the ceremony room looked amazing as did everywhere else, so much thought gone in to this. The time was here, with everyone waiting in the ceremony room the bridesmaids, followed by John then James made their entrance, lots of emotion and the happiness between them was clear for all to see. After they were married everyone got together to sing the song the whole way through, I’ve never seen that before after a ceremony!

Drink, canopies and photos followed, with sunshine one minute and downpours the next it was true British weather! Nonetheless, we got it all done! On to the wedding breakfast with more shenanigans! After the main course the ‘chef’ came out to check all was OK! Cue Gordon Ramsey! Played by lookalike Martin Jordan! Great fun, although cover your ears kids, as we know he likes to use the ‘F’ word!

After dessert superb speeches followed along with an awards presentation by Strawberry Whip! Brilliant fun and the laughter filled the room! With no time for Lulls or rests it was straight in to the evening entertainment and as James and John draw back the curtains who stumbles through? None other than Patsy Stone of course! True to style, fag in one hand a bottle of champagne in the other 🙂 Bothe Gordon and Patsy were there for the evening and it didn’t end there, with guests drinks being topped up by waiters in the buff, a super drag show performance by Strawberry Whip, another rendition of ‘500 miles’ on the dance floor and confetti canons going off at every opportunity, to say it was a party is an understatement! Helter skelter, space hoppers, you name it and they had it, I can’t believe I forgot to sample one of the Krispy Kreme donuts! The party went on till late with fantastic music provided by Groovestone who I highly recommend!

A huge pleasure to be a part of this wedding, with a great couple, superb guests and all at a wonderful wedding venue, Quendon Hall. What a day!

On with some photos! Feel free to leave a comment below!

This site uses Akismet to reduce spam. Learn how your comment data is processed.